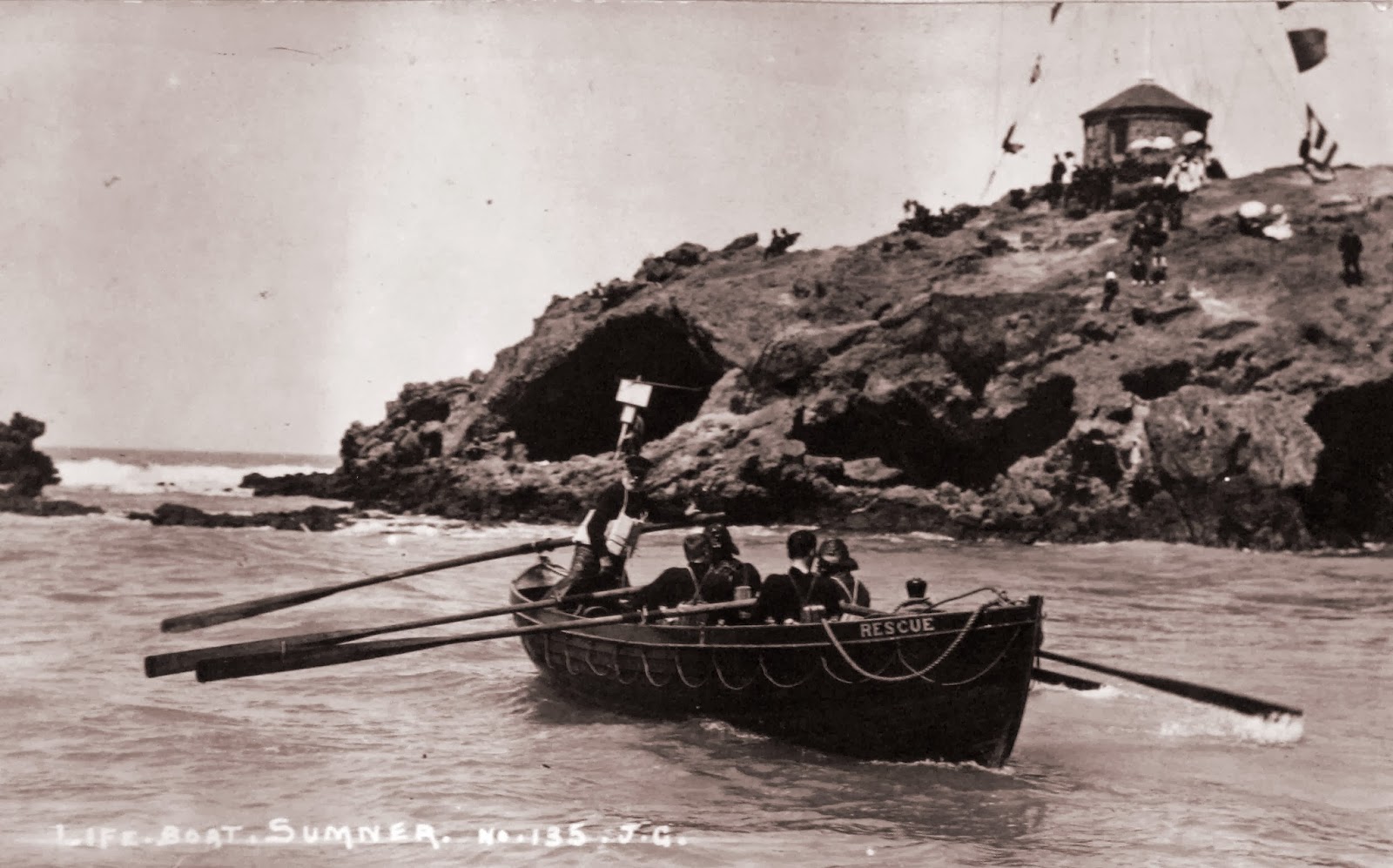 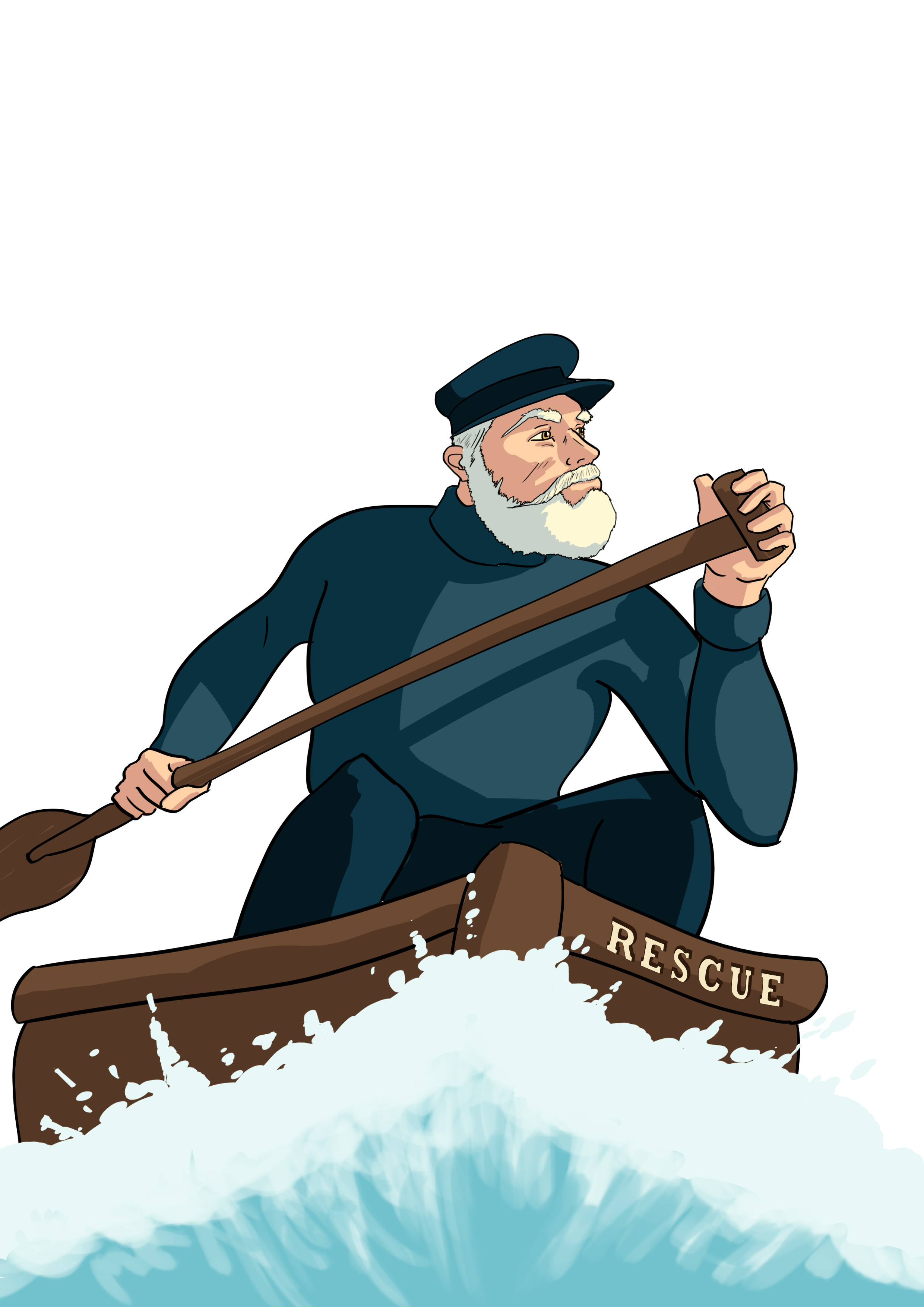 Some sections of our coastline are more dangerous than others.  The part that Joseph Day patrolled for 45 unbroken years was fraught with danger and needed an extraordinary man to watch over those who passed through.

River bars are a fact of New Zealand maritime life.  Bars are the shifting sands deposited by the river waters as they meet the sea.  To take any ship, large or small, into the mouth of a river, you must pass over the bar, but only where and when the water is deep enough.  Ocean waves, tide and river currents meet at the bar and crash over it, often turning calm seas into ferocious waves.

Joseph Day had the job of signalling to ships entering or leaving the Heathcote and Avon rivers when they could take the bar, and where the deep water was.  Even so it was still a dangerous passage and many got into difficulties.  Day’s other role was Captain of the Sumner Beach lifeboat.  Countless times over 45 years of service, he took to the sea to rescue those in peril.
For more than half that time he was on duty every single day, without a break because there was no one capable of covering for him.  Eventually, he was given one day off per month.  Throughout that time he recorded in clipped understatements the heroism of his acts.

March 24th 1900 - Peter Newson fisherman in distress two miles offshore.  Took lifeboat and brought him in – had tough time of it.”

Others were more generous in their words.

“That the courage and humanity displayed by Joseph Day in having… gone to the relief of Charles Morton who was capsized from a boat at Sumner…, and whose life he saved, calls forth the admiration of the Commissioners and justly entitles him to the Honorary Testimonial of [the Royal Humane Society of England]” The lifeboat that, under Day’s skilful Captaincy brought safety to many is on display in Voyager New Zealand Maritime Museum.