Get fired up with us and experience the oldest operating steam-powered tug in Aotearoa. Climb aboard SS Puke for short steaming trips of the Waitematā. Encounter how the steaming vessels used to feel, sound, and smell for passengers in the 19th Century.

This cute little vessel takes up to 5 passengers at a time for 15/20 min trips. 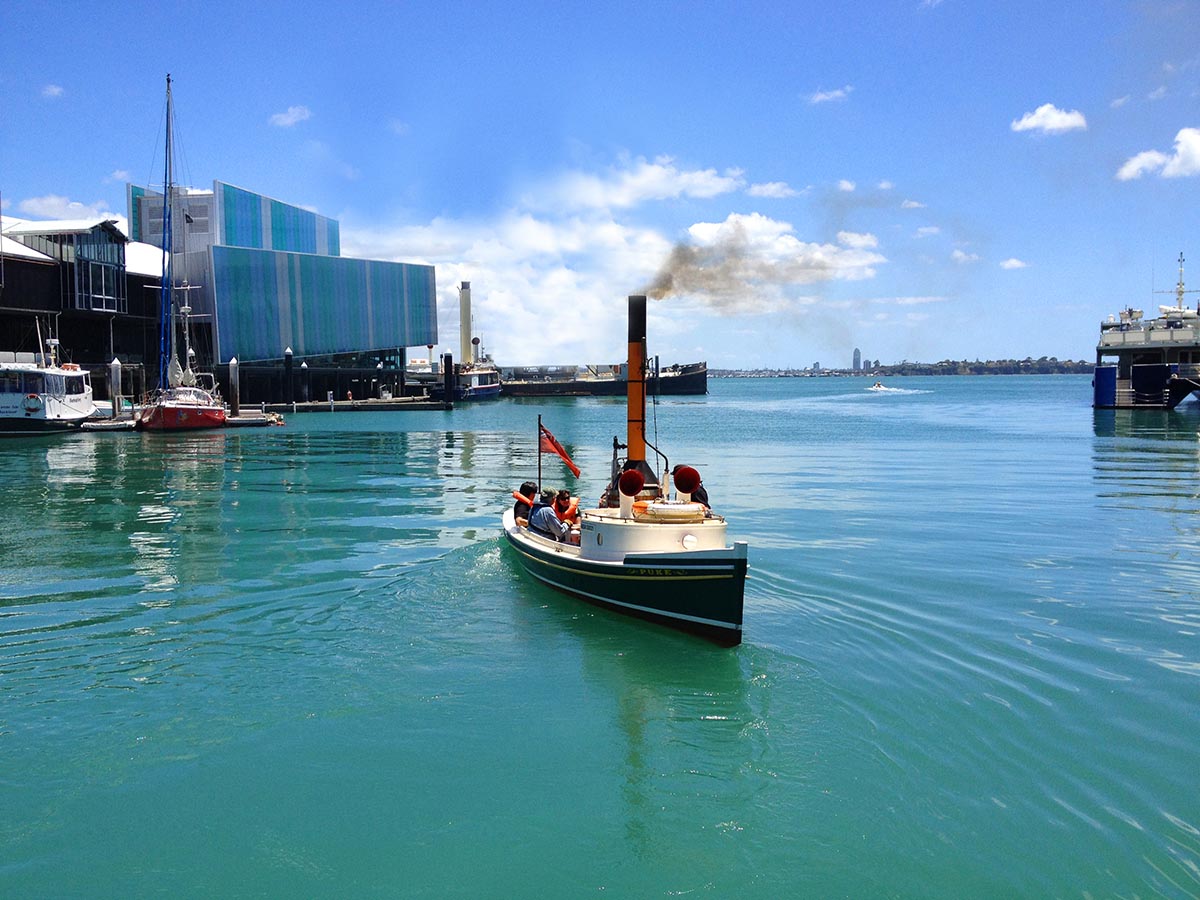 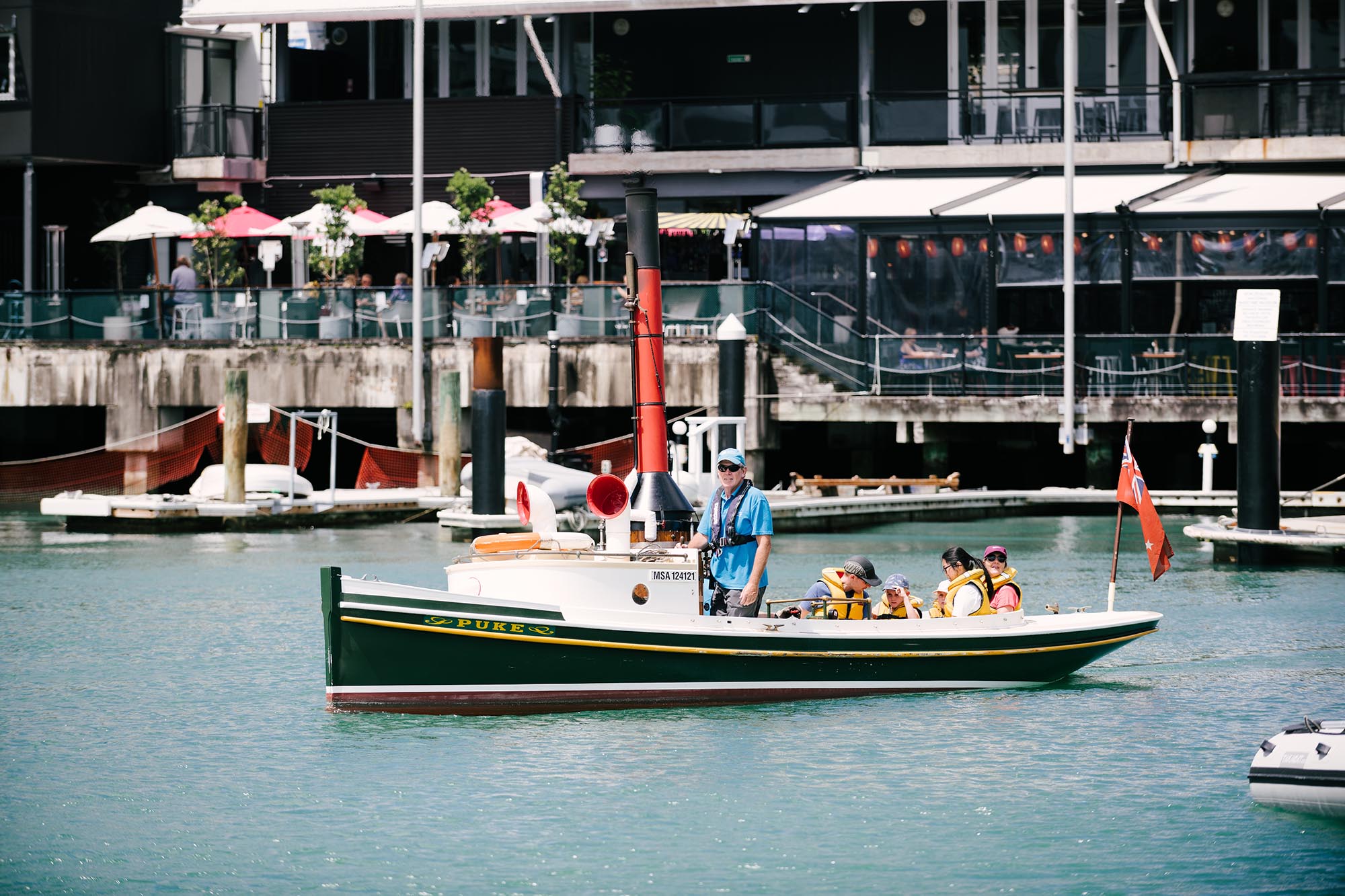 We had a lovely little steam around the Harbour - fascinating technology!

We had a lovely little steam around the Harbour - fascinating technology!

SS PUKE, the Museum’s steam launch, is thought to have been a tender in the Kaipara logging trade, built by E. Thompson and Son at Aratapu, towards the end of the 19th century. She is typical of the small craft used for local transport on the Kaipara and other Northland harbours and rivers.

In 1977 she was salvaged from the Tamaki river and had a steam engine and boiler installed. She worked for several years on the Waihou and Ohinemuri rivers from Paeroa and on the Mahurangi from Warkworth. In 1988 she carried passengers across the Brisbane river for the six months of the Brisbane World Expo. Puke was built of kauri and planked in two skins, the inner diagonal and the outer fore-&-aft. The plumb stem and counter stern and large propeller are typical of launches of the period.

In 1993 a major rebuild was carried out by the Boat Yard at Hobson Wharf. She was purchased by the Union Steam Ship Company in 1989 and then donated to the Maritime Museum.

SS PUKE can be seen steaming around the Viaduct Harbour on selected weekend trips as part of the Museum’s heritage fleet. She is available for charter for special occasions and has attended many wedding parties as a memorable alternative to modern transport.