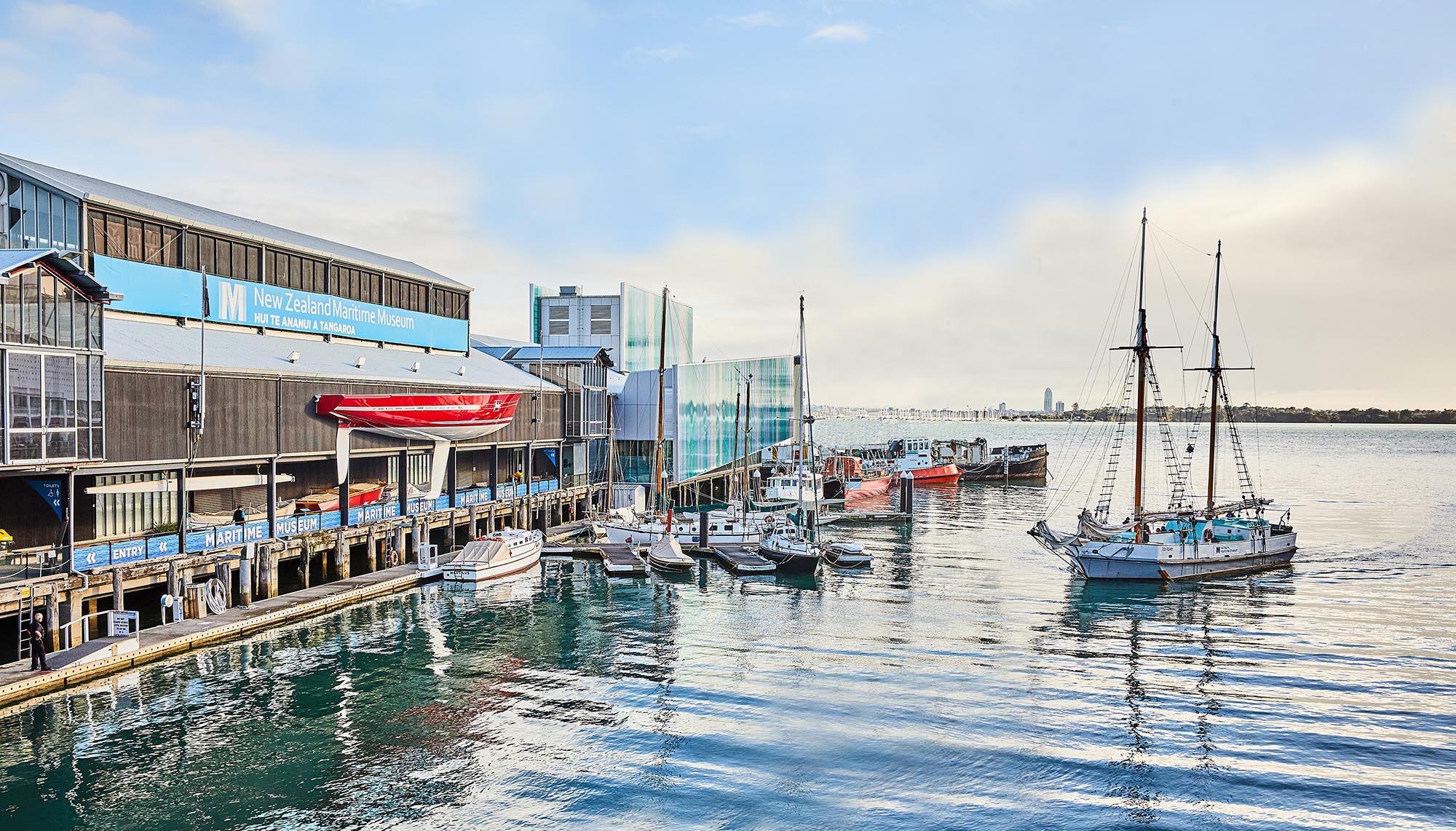 The New Zealand Maritime Museum is the place where the stories of people and the sea are preserved, shared and explored with our visitors.

New Zealand is one of the most maritime nations in the world and the story of every one of us is affected by the sea – through immigration, trade, design, innovation and leisure. The museum is a hub for all of these stories; we express them in our galleries, and through our programme of events, special exhibitions, heritage sailings and more.

The museum houses one of the nation’s most important heritage collections, which covers the breadth of our relationship with the sea; from the Great Pacific Migration a thousand years ago to the cutting edge of modern technology and design used in America’s Cup and modern yachting.

Whether you are a lifelong yachtie or someone who has never before set foot on a boat, you will find relevance and personal connections to the stories and taonga of the New Zealand Maritime Museum.

Situated in Auckland’s vibrant Viaduct Basin on the Waitematā Harbour, the Museum is open every day of the year except for Christmas Day.

The New Zealand Maritime Museum is proud of our Māori name: Hui Te Ananui a Tangaroa.

Gifted by Sir Hugh Kāwharu, our name means “the dwelling of Tangaroa”. It is based on the ancient Māori and Polynesian understanding of Tangaroa, the creator of the waves and life within the oceans whose breathing makes the tides ebb and flow. In Māori lore, Tangaroa makes his home beneath the sea and is vividly described in traditional whakairo (wood carvings) and ta moko (living skin art).

This personification of the sea and its elements has connotations of the combined power of waves, wind, moon and stars  - the forces of nature that guide all mariners past, present and future.

The Maritime Museum was first proposed in 1980 by a group of like-minded individuals, many of whom were Auckland Harbour Board and Union Steam Ship Company members. It housed the growing collection of maritime archives within the Auckland Maritime Society and Auckland Museum collections, while establishing a New Zealand maritime history collection and exhibition facility. It was the first and only museum that dealt with New Zealand’s maritime history as a whole, and was called the Auckland Maritime Museum Hobson Wharf.

Up until the March 2018 the Museum was run by the New Zealand National Maritime Museum Trust Board, a body incorporated under the Charitable Trusts Act 1957.

Working for Auckland in partnership with public stakeholders and private enterprises, Auckland Unlimited is an Auckland Council controlled organisation (CCO) that provides a regional approach to enriching cultural and economic life in Auckland. This includes the tourism, arts, culture and heritage, sport, leisure and business sectors. Auckland Unlimited provides a regional voice to advocate for the sector and lead strategic thinking that contributes to making Auckland a vibrant and prosperous city in which to live, work and visit.

You can find out more on the Auckland Unlimited website.

Meet our passionate crew of staff and volunteers