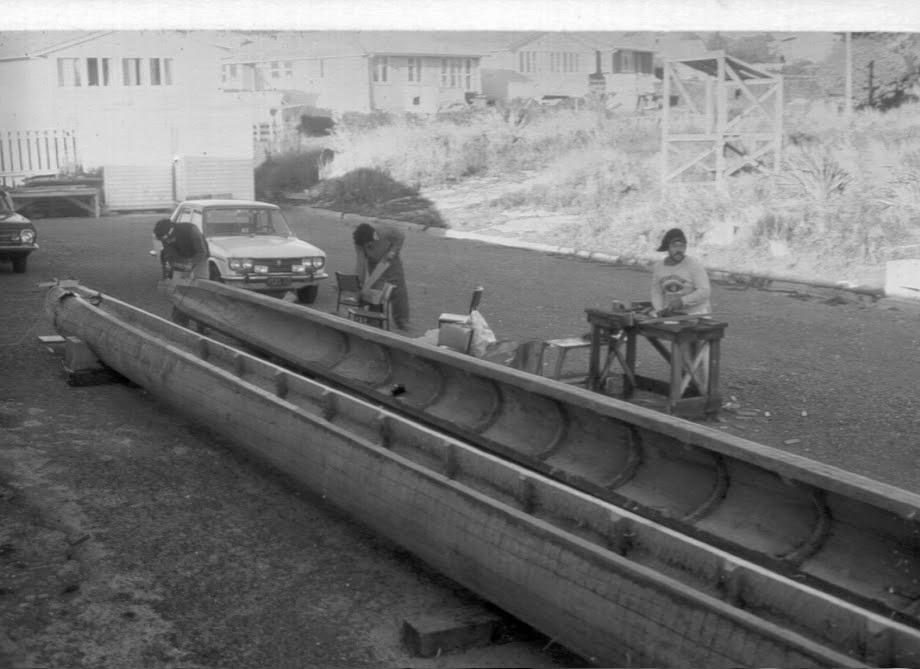 When Greg Matahi Whakataka-Brightwell realised a dream when his double-hulled waka HAWAIKI NUI arrived off the coast of Gisborne in 1985.

The master carver had spent five years hand-crafting the traditional canoe and preparing it for an epic journey across the South Pacific – to prove that the long sea voyages portrayed in Polynesian folklore were really possible.

Greg Matahi Whakataka-Brightwell began his great seafaring mission in earnest in December 1979, when two totara trees were chosen from the Whirinaki Forest on the North Island’s East Coast.

They would form the two hulls of the waka he planned to build, and sail from Tahiti to New Zealand. It would take five years of hard work before the waka was launched.

The sailing canoe was built by hand, following traditional Maori methods and using customary tools like adzes, under the guidance of master carver Whakataka-Brightwell.
The carved hulls were then shipped to Tahiti in 1981, where the waka’s upper structure was built using Tahitian methods. It took seven months for three people to lash the canoe with sennit rope made from coconut fibre.

Bamboo masts supported sails woven from pandanus leaves.  The only modern equipment on board was a radio.

After a year of preparations, including sea trials, HAWAIKI NUI and a crew of five left Tahiti in October 1985.

Despite a dismasting in a storm and damage to the sails, the waka survived the first part of the journey to Rarotonga.
HAWAIKI NUI then set sail for New Zealand.  Navigating through stormy seas, the crew arrived off Gisborne on December 31.  But the crew suddenly realised no one on board that ever sailed into a port on the East Coast before – so they were in the same situation as their Māori ancestors. They radioed for assistance and were towed by the trawler KAITI into Hick’s Bay to complete their dramatic voyage.

HAWAIKI NUI was shipped back to Tahiti after the journey, but its legacy remained in New Zealand.  Whakataka-Brightwell ran workshops and trained young people in the art of traditional boat building, which created a resurgence in waka building.

A number of double-hulled waka have since been built to train young people in navigation, seamanship and life skills according to Māori traditions.
To mark the 150th anniversary of the signing of the Treaty of Waitangi in 1990, Whakataka-Brightwell was commissioned to carve the canoe TE AIO O NUKUTAIMEMEHA, named after Māui's canoe. It was completed in 1999 and now sits at Rangitukia, near the mouth of Waiapu River at East Cape.