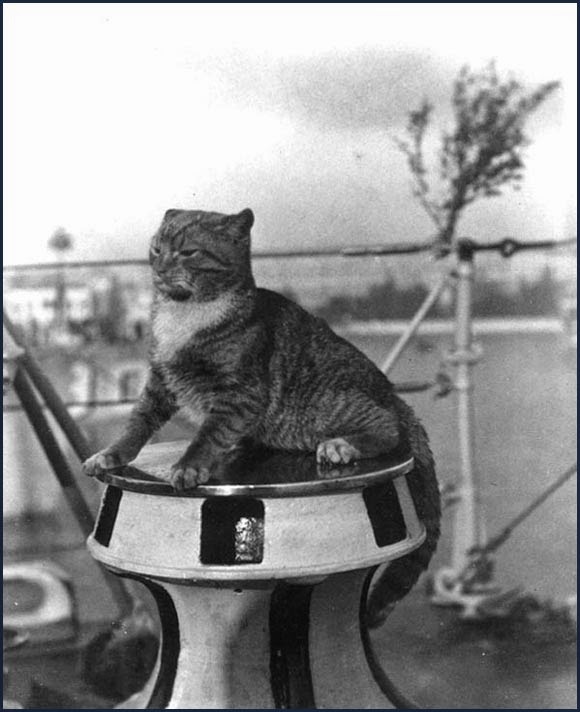 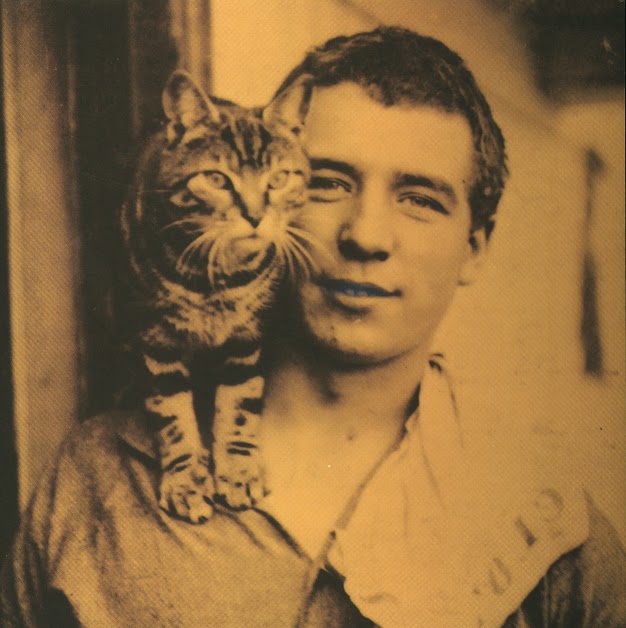 Mrs Chippy, Trim, Jenny and Aussie - all cats and seafaring heroes.  For centuries, felines were welcomed onboard merchant and Navy ships, as pets, protectors, pest controllers and highly intuitive creatures. And the four-pawed voyagers took their roles very seriously.

Ship cats were also great survivors. When an explosion tore through the trans-Pacific liner NIAGARA off the Northland coast in 1940, fortunately, no-one was seriously injured - including Aussie, the resident cat.

Several people tried to rescue Aussie, but he refused to join the passengers and crew in lifeboats.

Using one of his nine lives, the cat survived the shipwreck by clinging to a water tank, his fur caked in the sticky fuel floating on the sea surface. The tank deposited Aussie on the beach at Hora Hora, north of Whangarei.

A farmer, who discovered him asleep in a shed, put Aussie into a sack to clean the oil from his fur. But Aussie escaped, and his Canadian genes are sure to be found in some moggies around Northland today.

Despite the name, Mrs Chippy was a male tabby cat and mate of Henry “Chippy” McNeish - a carpenter and master shipwright, who sailed with Ernest Shackleton on his expedition to the Antarctic continent on the ill-fated ENDURANCE in 1914.

In Mrs Chippy’s "personal journal" of his polar expedition, the cat doubted the wisdom of taking dogs - 69 Canadian huskies - as they did no work on the ship and ate a lot. A champion mouser, Mrs Chippy also excelled at seal watching while the ENDURANCE crew were stranded in the Antarctic, alerting the men when one came to a blowhole for air. Although all of the men were rescued, sadly the dogs and Mrs Chippy did not survive.

Young Englishman Matthew Flinders defied his parents and went to sea, sailing to Australia on board HMS RELIANCE in 1795. When the ship's cat had kittens, Flinders adopted one and named it Trim.

Trim was Flinders' companion for many years - acting as ship's entertainer and guard against vermin brought ashore with the ship's stores.  Three times, Trim circumnavigated Australia, surviving shipwrecks and imprisonment with Flinders in Mauritius before finally disappearing.

Many whaling ships recorded the births, deaths and losses of cats in the ships’ logbooks.

A Southland whaler, Johnny Jones, was recorded as having over 200 cats.  Jones owned at least seven whaling stations on the southern coast of the South Island in the mid-1800s.

Just one cat, named Jenny, lived on board TITANIC in 1912. Legend has it she had a litter of kittens on board, and when it docked at Southampton, Jenny transported her four kittens off the doomed ship, one by one, and left for a new life.

An Irish crewman charged with looking after Jenny took her departure as a bad omen and he too left the ship, later claiming the cats had saved his life.