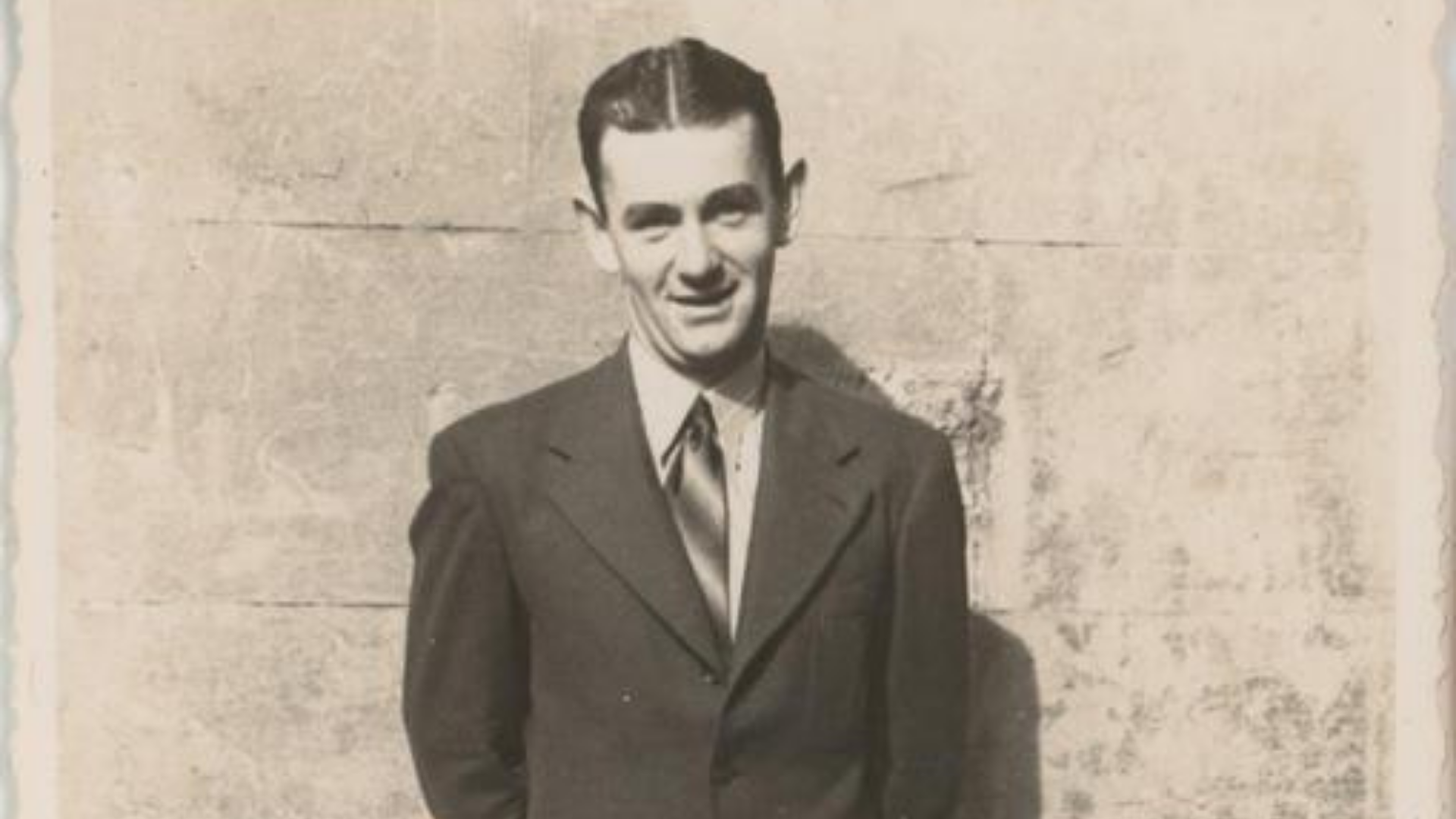 The four-year gap between seafarer Gratton Grey’s roles as an able seaman (A.B.) on MV Hauraki and his subsequent service on sailing ship Pamir is deceptively insignificant on the official records. 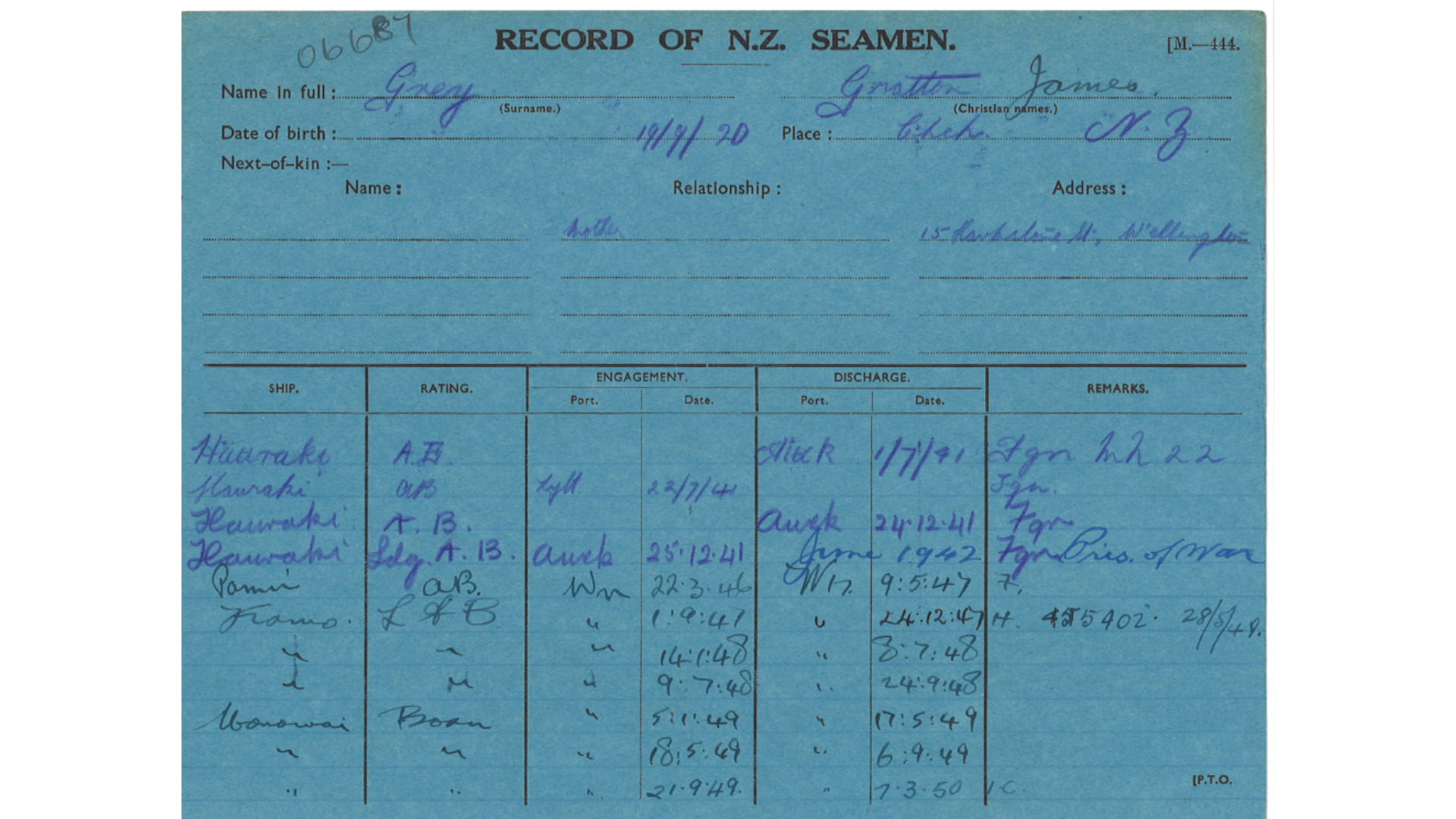 Gratton Grey was taken as a prisoner of war when MV Hauraki (1922) was captured by Japanese forces in World War Two.

On 31 July 1942, Grey’s mother Winifred received a telegram from the Prime Minister telling her that her that her son was missing following the vessel’s capture. A memo from the Marine Department in December informed her that his wristwatch was available to her as next-of-kin. 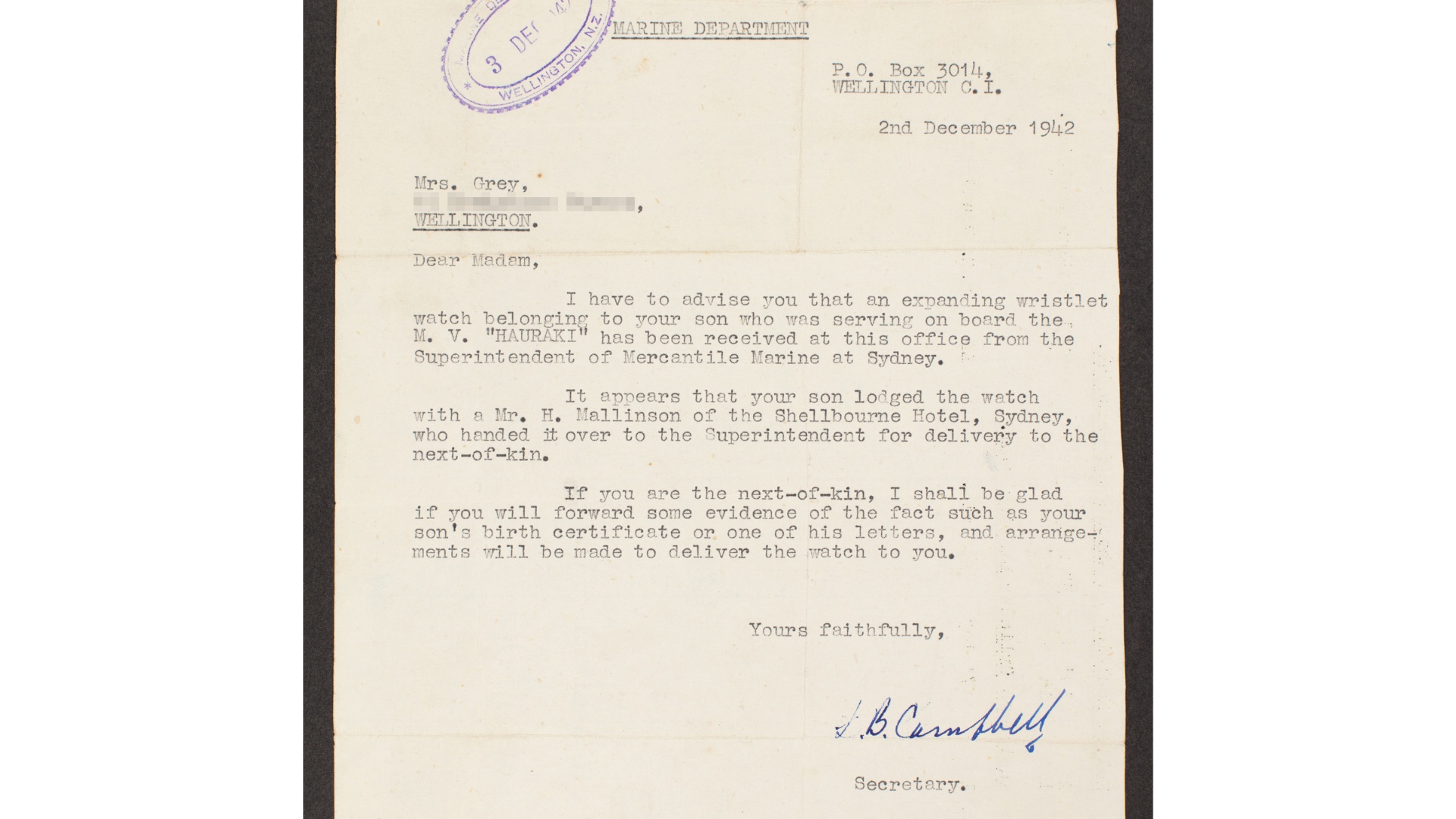 Telegram from the Prime Minister's office

It wasn’t until months later in June 1943 that the family received a message from Grey himself, telling them that he was alive and well. A telegram from the Prime Minister in December confirmed that he was a prisoner of war in Changi Jail in Singapore. 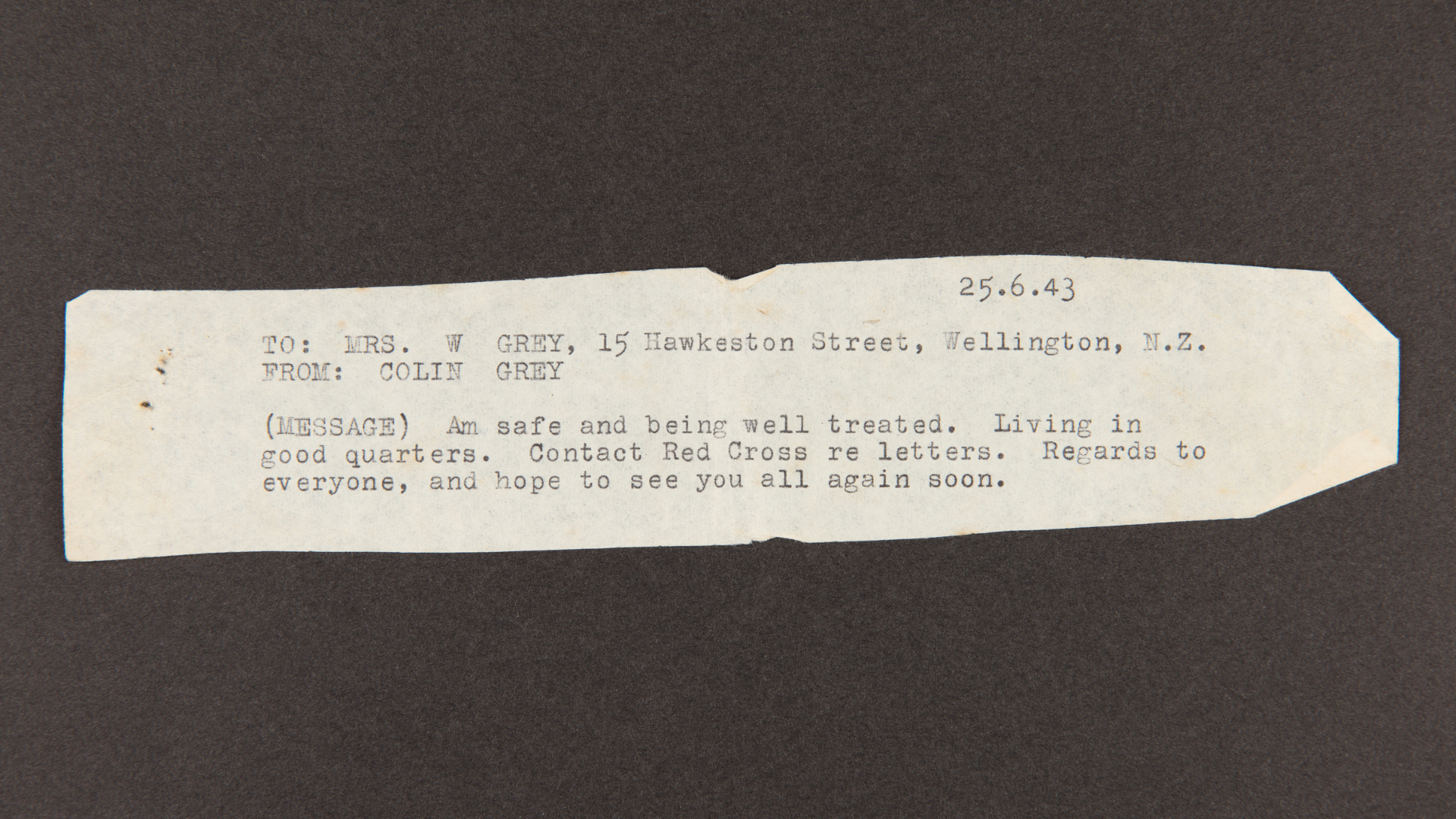 The family exchanged a handful of messages over the years of his incarceration, but news from the jail was hard to come by. 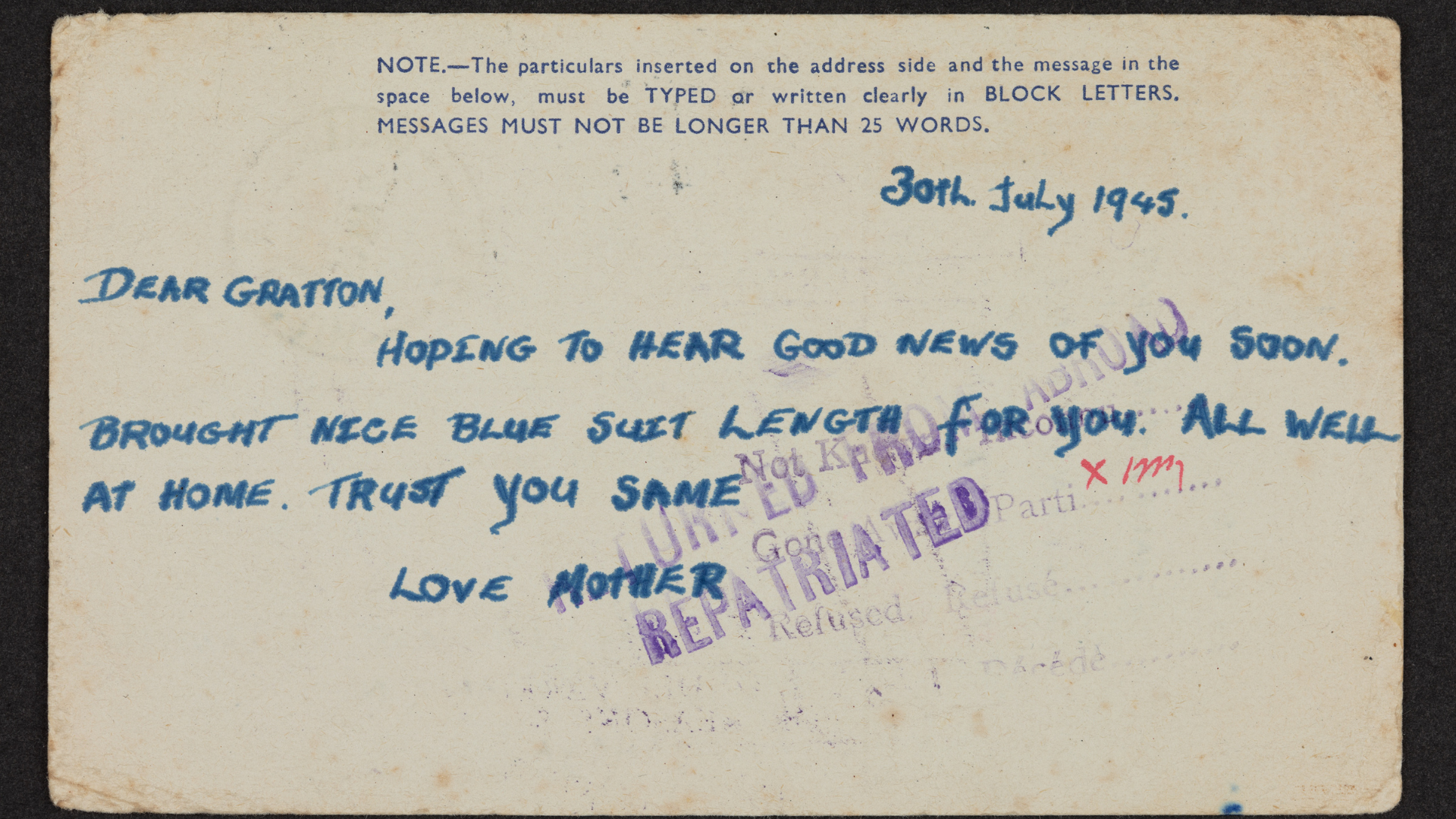 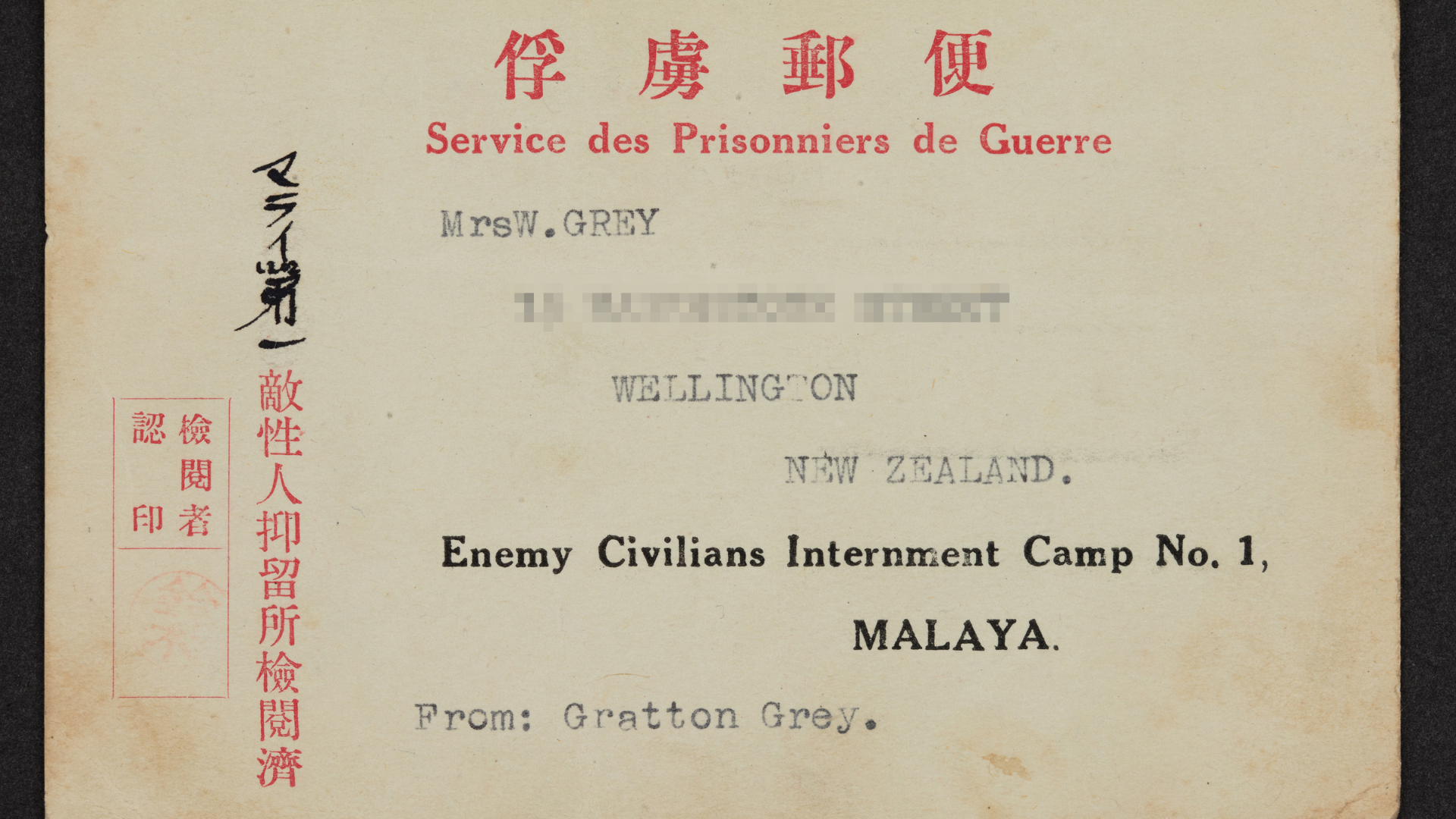 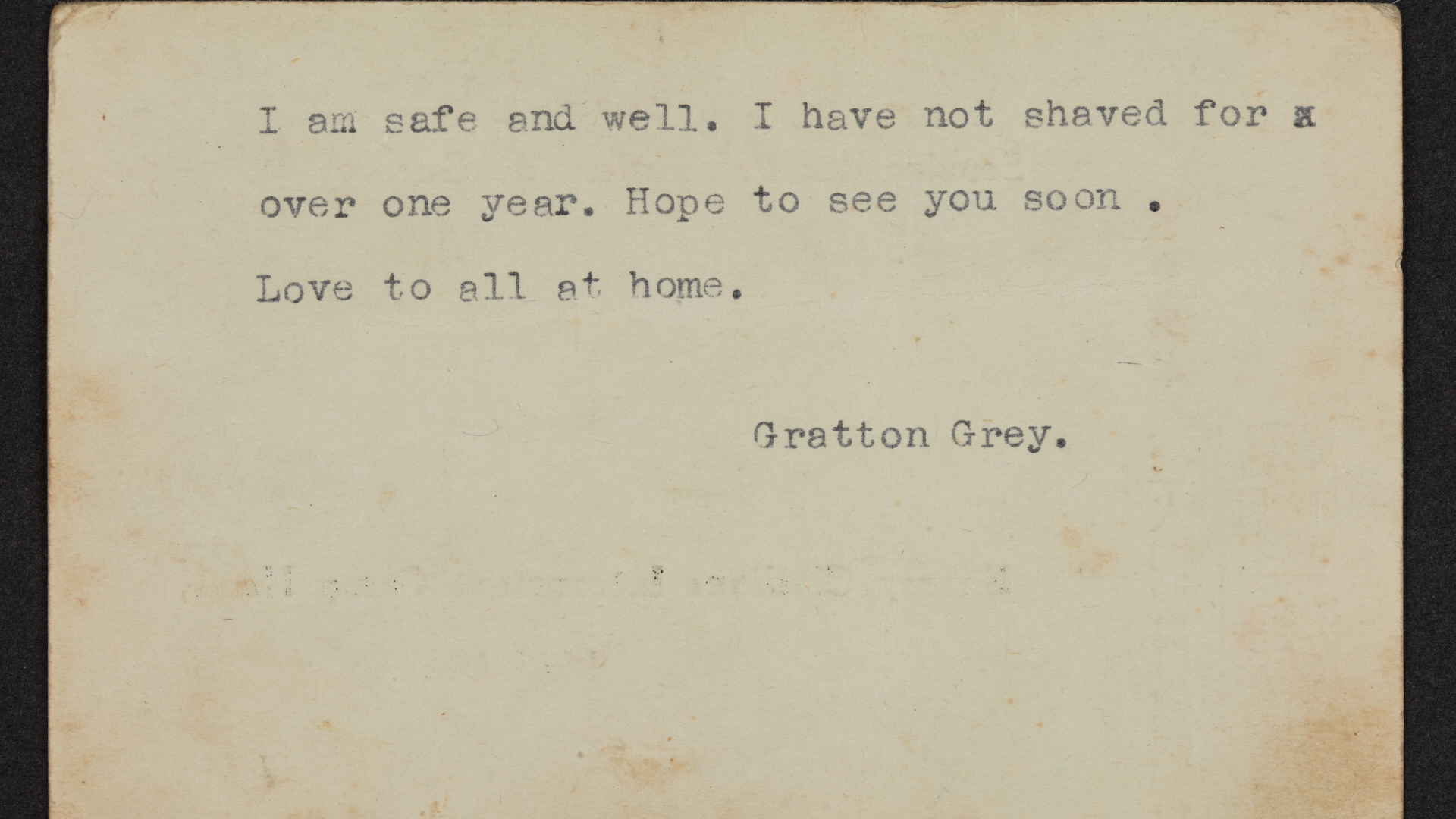 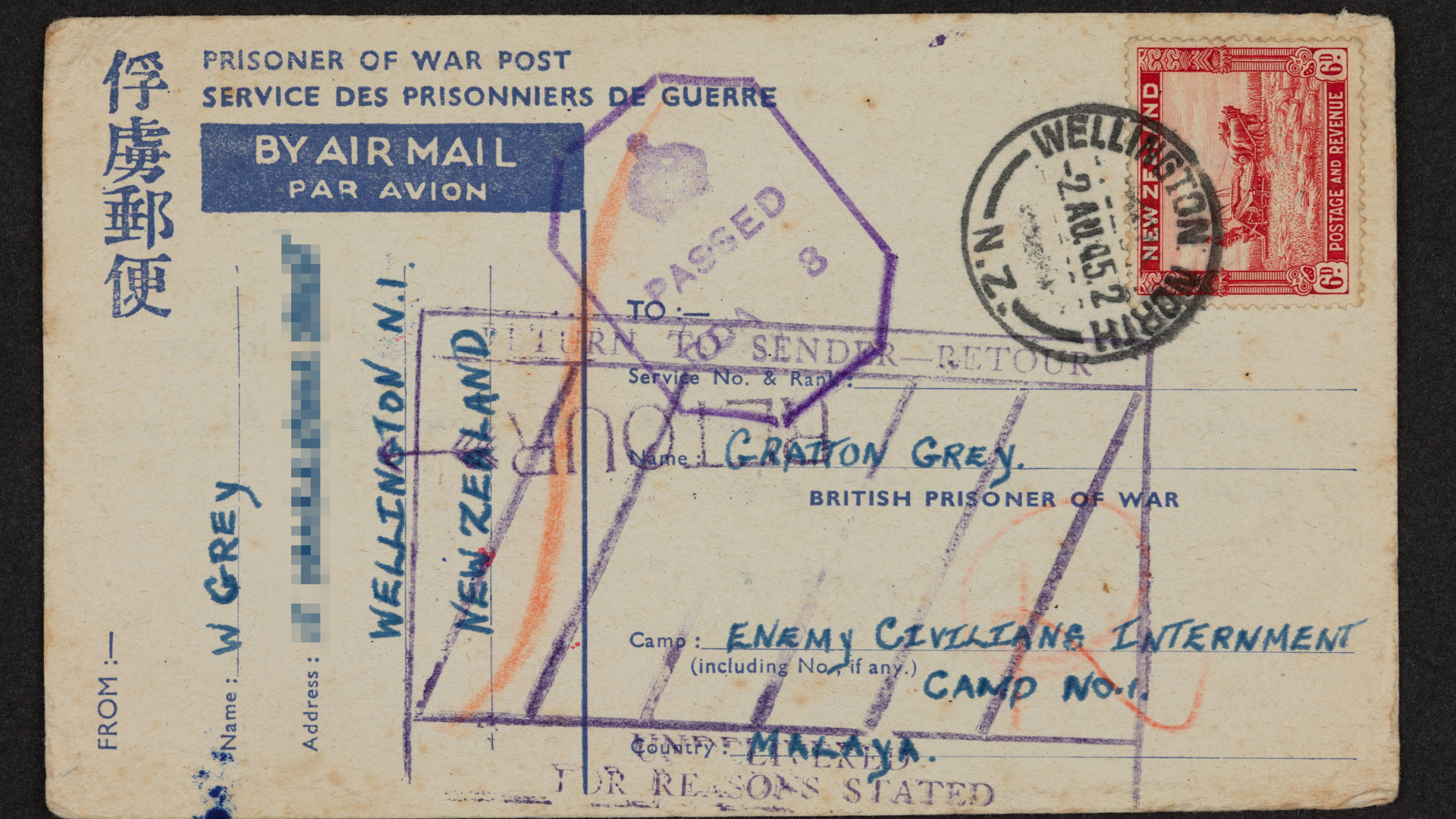 Winifred Grey exchanged letters with the parents of other seafarers from MV Hauraki as families shared every piece of news that reached them. The archives show an extended network of family members, governmental departments and in some cases complete strangers working to keep communications alive between the imprisoned seafarers and their families.

Amateur radio enthusiasts played an important part in in the chain; radio operator Arthur T. Cushen of the N.Z. DX Club sent at least two letters to Winifred Grey. Describing his work for the club’s Prisoner of War and Monitoring Division as a war effort, Cushen passed on any messages he picked up, covering broadcasts as far away as Berlin, Tokyo and the Vatican from his base in Invercargill. 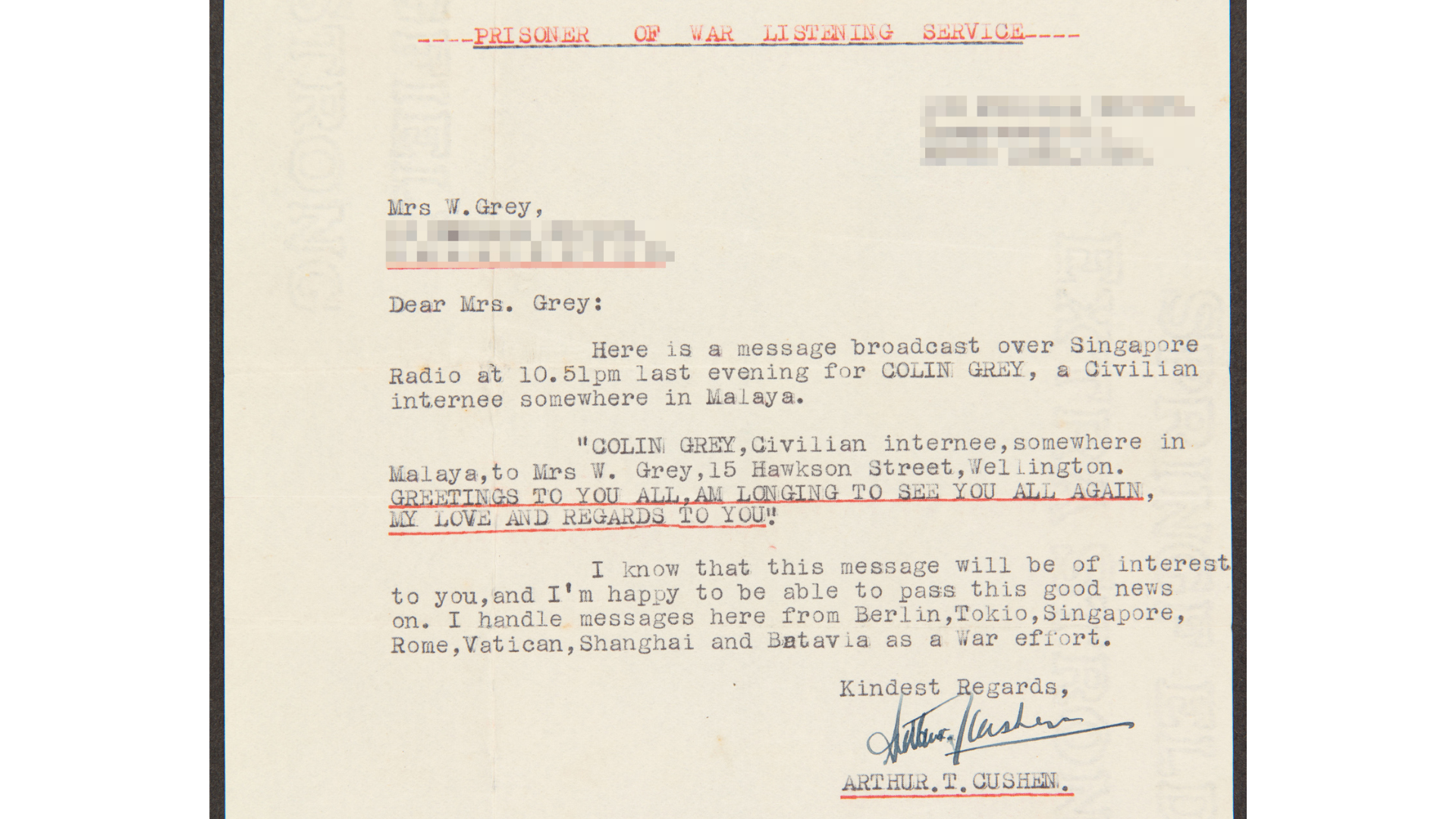 Grey was repatriated by air from Singapore on 17 September 1945 and returned to his work at sea in March 1946 on sailing ship Pamir.

As a member of the Merchant Navy working at sea during wartime Grey was eligible to receive a number of medals, including The New Zealand War Service Medal and the 1939-45 Star. Enclosed in this envelope were nine awards with the compliments of the Prime Minister and New Zealand Government, and in sincere appreciation of loyal service rendered during the war of 1939-45.

View a selection of Gratton Grey’s archives in the museum's Collections Online. 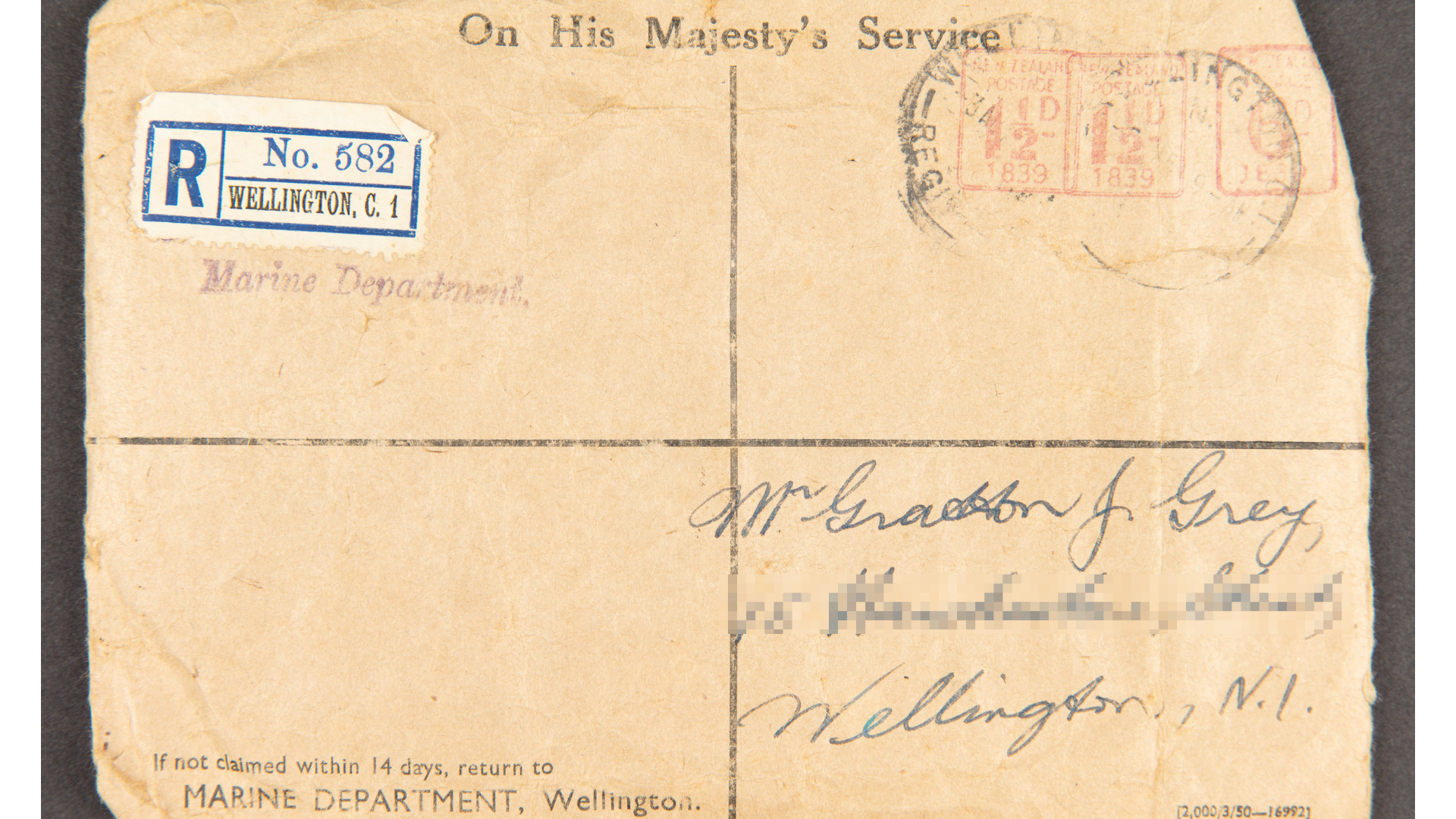 The Father of Auckland’s Anniversary Regatta

The Father of Auckland’s Anniversary Regatta